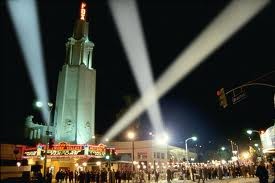 The Palm Beach Hurricane opened the 2014 American Basketball League season with a thrilling come from behind 84-81 victory over their arch rival Fort Lauderdale Sharks.  The Hurricane victory featured fast paced, high level professional basketball rarely seen outside of either Europe or the NBA.

Hurricane players TT Hall, Elijah Jones and Daniel Bryant formed the Palm Beach version of the "Big 3", combining for 72 of the team's 84 points.  Fort Lauderdale led most of the game and twice held eleven point leads.  Elijah Jones from Talledega College was the star of the night posting a game high 25 points with 15 rebounds.

The Palm Beach franchise, sponsored by league partner Hurricane Grill & Wings, gave the home crowd an opener for the ages with an improbable come from behind victory, which seemingly was controlled by perhaps the ABL's deepest and most talented team, the Fort Lauderdale Sharks.

Palm Beach travels to play the Vero Beach Stampede Sunday evening, which will be their first road test of the young 2014 ABL season.